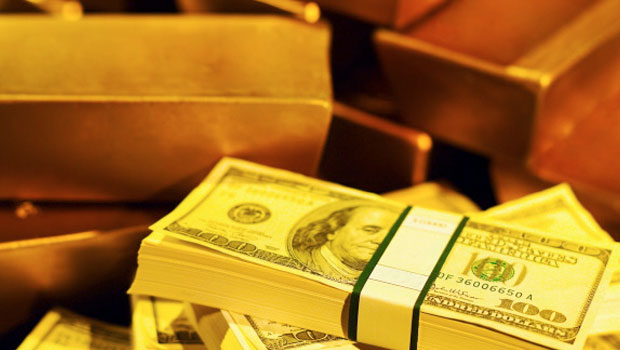 Gold prices are rallying for the third straight day today and are currently trading up $10.90 at $1,709.60. The overall market is rallying today thanks to positive news out of Greece and a better than expected jobs report. 227,000 jobs were added in February according to the Labor Department, beating estimates of 210,000 jobs. The unemployment rate remained at a three year low of 8.3%.

Good news out of Greece also sent the market higher this morning. About 85% of bondholders participated in the credit swap on Thursday night. Just a short time ago, Greece activated the Collective Action Clauses on those who held out forcing them to participate in the credit swap. This raised the participation up to nearly 96%.

Let’s take a look at how some gold stocks are reacting to gold prices heading up for the third straight day.

Barrick Gold Corporation (NYSE:ABX) is down 0.22% in early trading at $45.95. ABX is trading average volume today with 3.9 million shares traded. The stock trades about 7.1 million shares a day on average. ABX trading has been a bit choppy over the past four days as it whipsaws between $45 and $46. The company has a market cap of 46.06 billion.

Goldcorp Incorporated (NYSE:GG) is up 0.59% today at $47.78. GG has traded 2 million shares around the noon hour and trades close to 5 million shares a day on average. GG shares have jumped close to $2 since Tuesday. The company has a market cap of 38.69 billion.

Kinross Gold Corporation (NYSE:KGC) is up 1.74% today at $11.10. KGC has traded 3.8 million shares so far today, less than half its average volume. KGC shares have been on a steady rise higher after gaping down on Tuesday. The stock has jumped about $1 a share since then. The company has a market cap of 12.64 billion.

New Gold Inc. (AMEX:NGD) is up 0.84% today at $10.83. NGD has traded 1.4 million shares so far today and trades 2.7 million shares a day on average. New Gold announced on Wednesday an increase in gold resources at its Blackwater project. NGD shares are up more than $0.80 since Wednesday. The company has a market cap of 5 billion.

SPDR Gold Trust (NYSEARCA:GLD) is up 0.44% today at $165.98. GLD is trading heavier volume today with 9.4 million shares traded. It should have no trouble getting past its daily average volume of 12.9 million shares.

Gold stocks are following the slight uptrend in gold prices over the few days. The price of gold is following the stock market right now, so any time the market rallies, everything else rallies with it.

Sign Up For Our Monthly Newsletter
We keep you in the know of the hottest investment products hitting the market.
Filed Under: Blog, News, Stocks Tagged With: AMEX:NGD, gold prices, NYSE:ABX, NYSE:AUY, NYSE:EGO, NYSE:GG, NYSE:IAG, NYSE:KGC, NYSEARCA:GLD

Investing in Gold Is it a bubble? Are all fiat currencies … END_OF_DOCUMENT_TOKEN_TO_BE_REPLACED