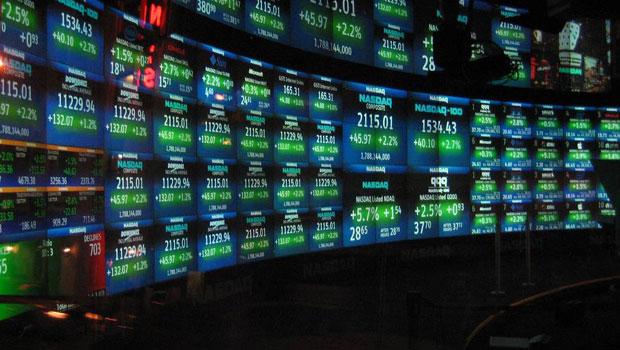 Royale Energy, Inc. (NASDAQ:ROYL) is up 16.92% today at $6.2199. ROYL has traded 4.3 million shares this afternoon, well above its daily average of 686 thousand shares. ROYL shares are rallying today after a report from the USGS where they estimate up to 2 billion barrels of oil in North Slope shale. The company has a market cap of 67.37 million.

Vivus, Inc. (NASDAQ:VVUS) is up 15.96% this afternoon at $21.78. VVUS has traded 24.1 million shares so far today, more than 8 times its average volume. VVUS shares continue to rise after a FDA panel backed the company’s obesity drug. The company has a market cap of 1.95 billion.

Trina Solar Limited (NYSE:TSL) is down 9.27% this afternoon at $7.83. TSL has traded nearly 7 million shares so far today, close to double its average volume. TSL shares are down after posting a net loss in the fourth quarter. Revenue fell 32% and its net loss totaled $65.8 million. The company has a market cap of 552.26 million.

Molycorp, Inc. (NYSE:MCP) is down 8.03% today at $26.75. MCP is down on heavy volume today with 6.9 million shares traded, about double the stock’s average daily volume. Molycorp announced fourth quarter results yesterday. EPS was in line with Wall Street estimates, but the company warned that costs would increase in 2012 on labor and chemical costs. The company has a market cap of 2.25 billion.

An experienced trader with a background in political science, Marc got his start as an individual trader surfing the old stock message boards. He is always on the lookout for the next big winner.

Investing in Gold Is it a bubble? Are all fiat currencies … END_OF_DOCUMENT_TOKEN_TO_BE_REPLACED