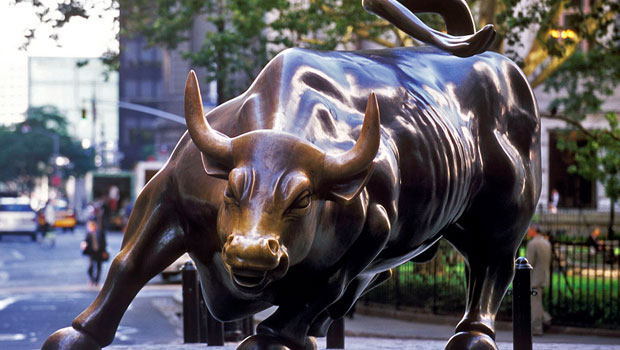 Private sector data in the euro zone dropped unexpectedly in February according to the preliminary Markit Purchasing Managers Index released today. The index reading for the month was 49.7, down from 50.4 in January. Any reading below 50 is seen as contraction in private sector activity. Economists were expecting the index to rise to 50.4. Many economists believe that this dip in the private sector is further proof that Europe may be falling back into a recession. In other news, Fitch cut Greece’s rating again and says a default in the near future is “high likely.” Stocks opened lower this morning and are still trading slightly lower 30 minutes into the trading day. The Dow is down 7 points, the Nasdaq is down 5 points and the S&P 500 is down 2 points.

The Hackett Group, Inc. (NASDAQ:HCKT) is up 21.96% in early trading at $4.72. HCKT shares are rallying today after the company released fourth quarter results yesterday and announced a $55 million stock repurchase tender offer. HCKT has traded 612 thousand shares so far today, well above its daily average of 86 thousand shares. The company has a market cap of 191.07 million.

Sourcefire, Inc. (NASDAQ:FIRE) is up 21.44% today at $43.50. FIRE is up on heavy volume this morning with 1.8 million shares traded so far. The stock trades 436 thousand shares a day on average. FIRE shares are rallying today after posting record fourth quarter earnings late yesterday. Sourcefire posted revenue of $53.2 million, up 40% from a year ago and beating Wall Street estimates of $47 million. Adjusted profits came in at $0.25 per share, beating estimates of $0.19. The company has a market cap of 1.23 billion.

FuelCell Energy, Inc. (NASDAQ:FCEL) is up 13.64% this morning at $1.6705. FCEL has traded 2.7 million shares in early trading, more than double its average volume. FuelCell Energy announced this morning cooperation with Fraunhofer IKTS to develop the European market for stationary fuel cell power plants. The company has a market cap of 231.56 million.

Chico’s FAS, Inc. (NYSE:CHS) is up 13.19% today at $14.49. CHS is has traded 3.7 million shares already this morning, above its daily average volume of 3 million shares. CHS shares are heading higher in early trading thanks to fourth quarter results that beat Wall Street estimates. Fourth quarter profits rose to $25.1 million or $0.15 a share. Analysts were expecting $0.11 a share. The company has a market cap of 2.40 billion.

Threshold Pharmaceuticals, Inc. (NASDAQ:THLD) is up 11.38% this morning at $5.58. THLD has traded 4.3 million shares so far today, well above its daily average of 1.4 million shares. THLD shares are heading higher again today after announcing encouraging results from its mid stage clinical trial of its treatment for pancreatic cancer. The company has a market cap of 261.85 million.

Brocade Communications Systems (NASDAQ:BRCD) is up 4.36% today at $5.74. BRCD has traded 6 million shares so far this morning and trades 8.1 million shares a day on average. BRCD shares are heading higher today after the company announced its earnings late yesterday. Adjusted EPS came in at $0.20 per share, beating estimates of $0.13 per share. Brocade’s guidance for the second quarter is in line with Wall Street estimates. The company has a market cap of 2.62 billion.

Investing in Gold Is it a bubble? Are all fiat currencies … END_OF_DOCUMENT_TOKEN_TO_BE_REPLACED