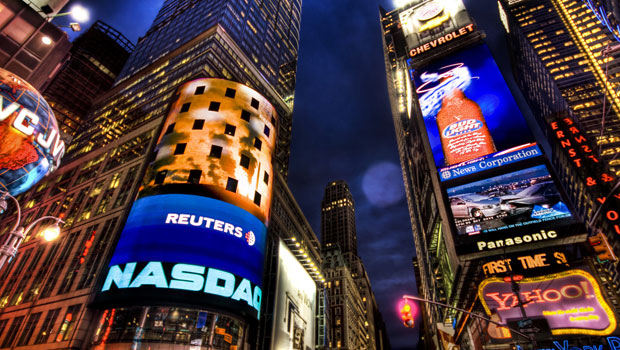 Stocks finished mostly flat today as investors took the opportunity to lock in some profits following news of a deal for Greece’s second bailout package. EU finance ministers finished a 130 billion euro for Greece. Private bondholders agreed to take a greater loss and the government in Greece agreed to deeper cuts. There is a lot of skepticism going around though as investors wonder how long before Greece is a problem again.

Oil prices continue to rise as well which can have even greater implications such as slowing down the U.S. economic recovery. Oil closed at $105.50 a barrel today as investors eye developments in Iran.

In after hours trading, Dell and Chesapeake Energy are in the spotlight after releasing earnings.

Canadian Solar Inc. (NASDAQ:CSIQ) is up 10.77% in after hours trading at $4.63. CSIQ shares are rallying after the company increased shipment guidance for the fourth quarter. CSIQ traded 1.9 million shares today, nearly double its average volume. The company has a market cap of 180.38 million.

Brocade Communications Systems (NASDAQ:BRCD) is up 5.45% in after hours trading at $5.80. BRCD shares are rising after market close today thanks to fiscal year first quarter results that beat estimates. Brocade reported revenue of $561 million, beating Wall Street estimates of $542.4 million. Non-GAAP profits came in at $0.20 per share, beating estimates of $0.13 per share. The company has a market cap of 2.50 billion.

Dell Inc. (NASDAQ:DELL) is down 4.89% in after hours trading at $17.32. DELL shares are down after the company reported fourth quarter results this afternoon. Profits came in at $0.51 per share with revenue of $16.03 billion. Analysts were expecting $0.52 per share and revenue of $15.96 billion. During the current quarter, Dell expects revenue to drop about 7% sequentially at $14.91 billion. Consensus was for revenue of $15.09 billion. The company has a market cap of 32.71 billion.

Yingli Energy Holding (NYSE:YGE) is down 8.52% in after hours trading at $4.40. YGE shares are down after the company says it missed fourth quarter estimates. The company has a market cap of 760.92 million.

Investing in Gold Is it a bubble? Are all fiat currencies … END_OF_DOCUMENT_TOKEN_TO_BE_REPLACED