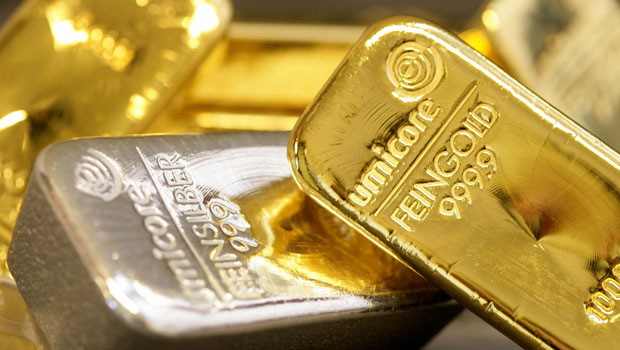 Silver prices are dipping slightly on a strengthening dollar this morning. Meanwhile, Wall Street’s reaction to the economic data coming out is decidedly negative. Concerns are emerging out of all areas of the global economy. Be it China’s growth miss, Europe’s ongoing sovereign debt saga and the down tick in consumer sentiment. Gas prices may finally be emerging in the data points on how they are affecting consumers.

Currently the silver spot price is accelerating to the downside. At last check it was off 44 cents to $31.94. END_OF_DOCUMENT_TOKEN_TO_BE_REPLACED

After the earning beat by Alcoa, the market reversed itself after a dismal week capped by its single worst day of the year. Silver, being a hedge, is drifting lower today as prospects of QE3 became dimmer with the start of earnings season.

There are still outliers out there that could support silver prices. Europe remains teetering on the brink of a new sovereign debt crisis that could force the Fed’s hand into introducing further easing policies to protect the US economy from contagion.

Silver prices are currently down 27 cents to $31.57 per ounce. END_OF_DOCUMENT_TOKEN_TO_BE_REPLACED

Up day. Down day. Seems to be the story of silver. And the moves lack any real conviction as the the poor man’s gold just lists around within a range. The expectations of further stimulus are no longer enough to be a market driver. Plus anemic demand expectations of of India has tempered silver price action to the upside.

Currently silver prices are in retreat along with the the broader market. Seems like everyone is waiting on Alcoa and then the Fed reaction to earnings season. Currently silver is down 35 cents to $31.41. END_OF_DOCUMENT_TOKEN_TO_BE_REPLACED

Gold Prices may be stabilizing on the back of an underwhelming jobs reports, but silver prices are flat on global demand concerns. News out of India has expectations of a 27% drop in demand for the year. This is even with the government keeping the import duty unchanged in the country. The main reason is the volatility in prices has jewelers pulling back.

Silver bulls may have to wait for a bigger catalyst to move higher or just be reigned t the fact the metal is highly volatile and you have to be nimble.

Silver prices are currently up 12 cents to 31.83. END_OF_DOCUMENT_TOKEN_TO_BE_REPLACED

With Gold bouncing solidly off the lows yesterday, silver is a bit more muted in its recovery. Prices are up 40 cents as the the entire precious metals market tries to recover after a week of steep losses.

Most of the gains can be attributed to investors gingerly stepping back into the market to see if this is the floor. Demand concerns coming out of China may mean this floor is premature, but Europe’s continuing soap opera may give rise to QE3 due to spillover. Lots of variables in this market, but it is volatile for reason. And the past few months have shown that it can rocket up and collapse in an instant. END_OF_DOCUMENT_TOKEN_TO_BE_REPLACED

The major indices have turned negative in midday trading as ongoing Greek debt talks and other issues in the euro zone debt crisis have investors on edge. The upcoming Fed meeting on Wednesday is also causing investors to be hesitant in the markets today. A lot of investors and analysts believe that a Greek default is inevitable, but financial ministers in the EU are discussing a second bailout for Greece. At midday the Dow is down 35 points, the Nasdaq is down 9 points and the S&P 500 is down 3 points.

Here’s a quick look at some of the biggest percentage movers so far today.

BroadVision, Inc. (NASDAQ:BVSN) is up 16.07% in midday trading at $31.34. BVSN is up on heavy volume with 758 thousand shares traded, more than six times its daily average. BVSN shares have climbed more than 200% since the start of the year with no major news. Some traders including Timothy Sykes believe this stock is being heavily pumped and will eventually have a big sell off. The company has a market cap of 138.79 million.

Forest Oil Corporation (NYSE:FST) is up 11.39% today at $14.38. FST has traded 3.6 million shares so far today and trades 4.2 million shares a day on average. FST shares are up today despite a downgrade from outperform to market perform by BMO Capital. The company has a market cap of 1.60 billion.

LiveDeal, Inc. (NASDAQ:LIVE) is up 15.54% in midday trading at $3.3620. LIVE is up on above average volume today with 314 thousand shares traded. The stock typically trades 95 thousand shares on any given day. LIVE gaped up this morning on heavy volume and opened at $3.34. The company has a market cap of 2.34 million.

Southwestern Energy Company (NYSE:SWN) is up 8.39% today at $31.90. SWN has traded double its average volume already today with 9.3 million shares traded. Natural gas companies are seeing a bounce today after Chesapeake Energy said it would cut gas production by 50% this year because of low natural gas prices caused by the warm winter. This news could cause other producers to take the same approach because of the the sharp dip in natural gas prices. The company has a market cap of 11.10 billion.

Columbia Laboratories, Inc. (NASDAQ:CBRX) fell sharply today, down 56.37% at $0.6894. An advisory panel of the FDA voted against recommending approval of the company’s progesterone gel citing insufficient data. CRBX has traded 12.2 million shares so far today, well above its daily average of 1.1 million shares. The company has a market cap of 60.75 million.

Twin Disc, Inc. (NASDAQ:TWIN) is down 18% in midday trading at $32.07. TWIN is down on heavy volume with over a million shares traded. The stock is down after the company saw sales increase but missed revenue estimates in its quarterly results. The company has a market cap of 368.25 million.

Pan American Silver Corp. (NASDAQ:PAAS) has dropped 8.67% in midday trading at $22.58. PAAS shares are down after Pan American Silver announced it reached a deal to buy Minefinders Corp for nearly $1.5 billion. PAAS has traded 3.7 million shares so far today, more than three times its daily average. The company has a market cap of 2.39 billion.

CPI Corporation (NYSE:CPY) is down 8.34% today at $1.6590. CPY has traded nearly 1.1 million shares so far today, close to four times its daily average. CPY shares are seeing a slight sell off today after it bounced nearly $0.50 the previous two trading sessions. The company has a market cap of 11.68 million.

Investing in Gold Is it a bubble? Are all fiat currencies … END_OF_DOCUMENT_TOKEN_TO_BE_REPLACED